We were up early and downstairs for a very quick coffee then out the door by 0630. The headlamps worked well, although we nearly missed the first turn. Walking through a spider web convinced us that the woman who left before us must’ve missed the turn too, or at least didn’t go that way. 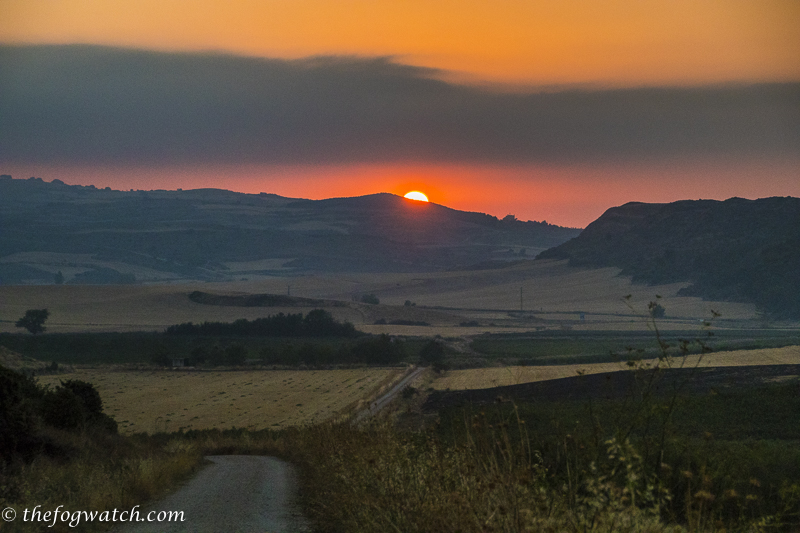 The pre-dawn light was spectacular, and the ground was good – gently undulating past farmlands on fine gravel paths. Sharon kept an eye on the weather forecast. 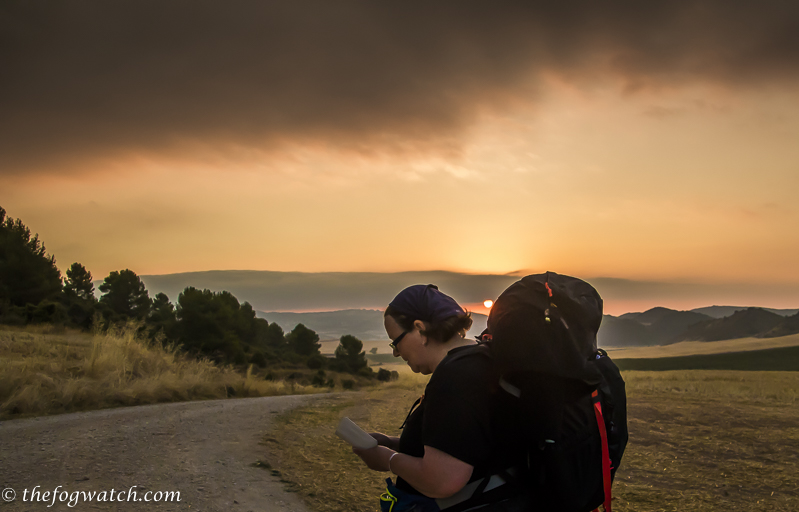 We were conscious that the forecast was for 27C, and stopped at the corner of a paddock for some breakfast as the sun rose.  After the sun came up, it was mercifully overcast for much of the morning and we were able to maintain a good pace even with the packs.

The farmland presented its own wonderful landscape 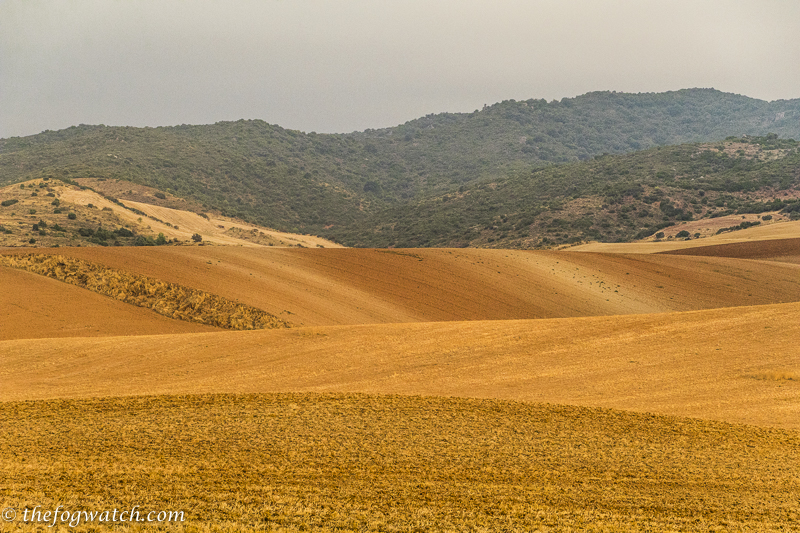 Approaching the town we encountered the ruined remains of a pilgrim hospital and hermitage. The Iglesia de Santa Maria is well worth the visit – parts of it date from the 12th Century, with later decoration added in the 18th Century when it was substantially refurbished.

Los Arcos has a long history, dating back to Roman occupation. And remnants of the town wall can be seen as you leave the square in the form of the Arco de Felipe V built in the early 1700s. 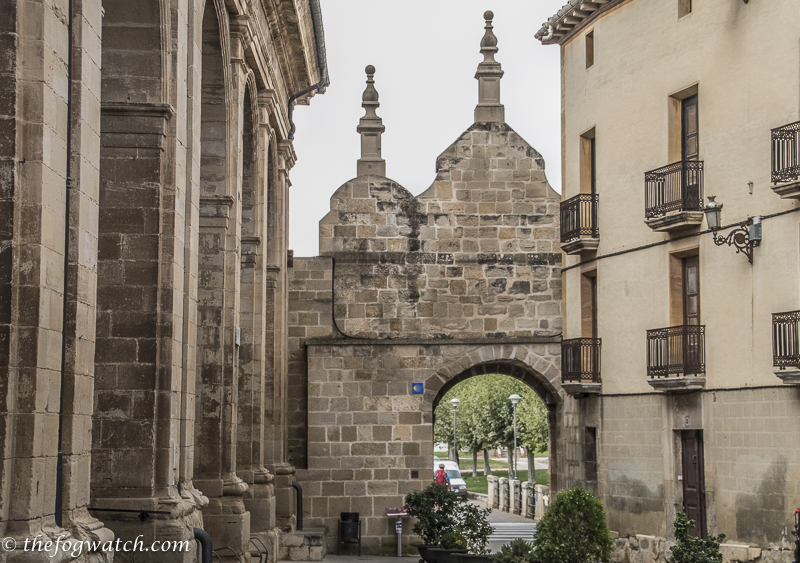 We rested at the outskirts of the town and a guy pulled up to make sure we were okay – we must’ve looked a bit exhausted! It turned out he owned an Albergue in town – Los Austria.

Some of the houses had their own mini farmyards and here a couple of goats were playing out their cute drama – a reminder that when we butt heads with disagreeable folks, it may seem important to us, but in the long view it’s just a petty display, like these juvenile goats. 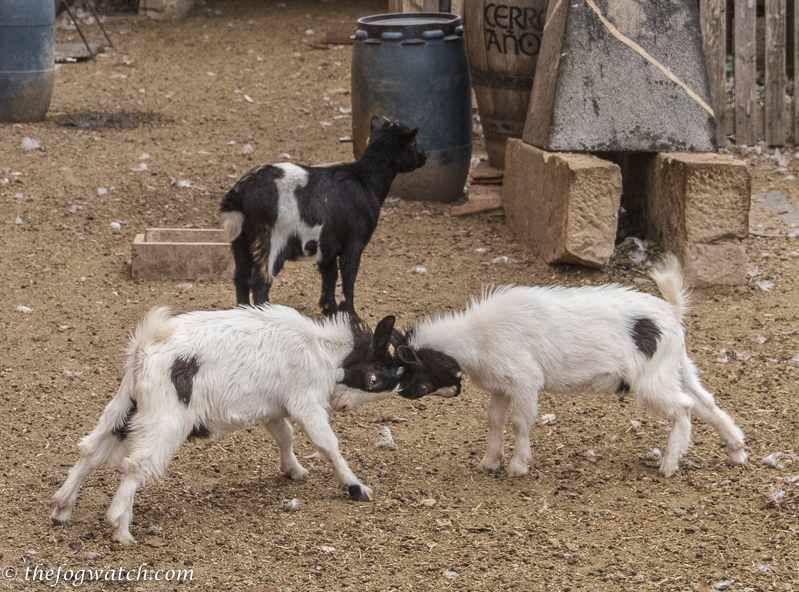 The Albergue we had booked looked deserted and uninviting. After about an hour a woman drove up and said ‘not open until 2.00pm’. We went off and found a warm welcome at Albergue Los Austria – it was such a contrast, that we rang the original one straight away to cancel – a courtesy, as it would free up a bed for someone. The woman slammed the phone down mid-conversation, reinforcing the correctness of our decision to stay at the more welcoming place. 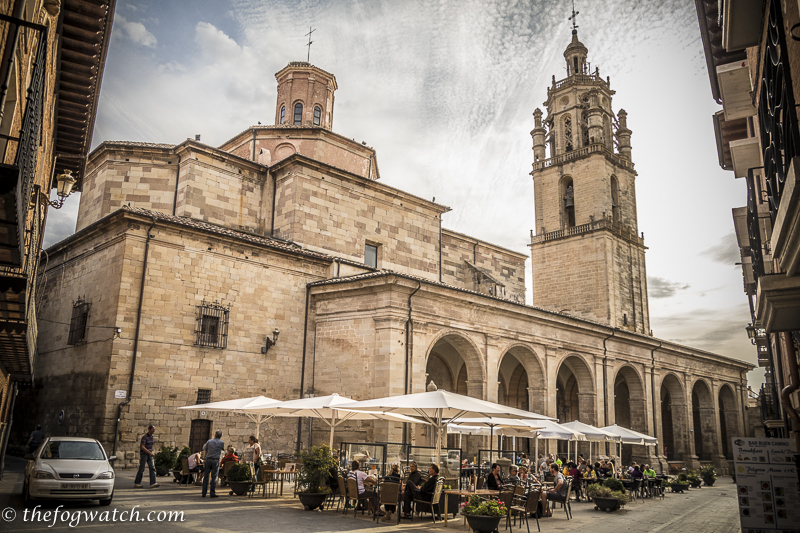 The Albergue was basic but friendly – they even did our washing for us at a very reasonable rate, while we went off to the Square for lunch, where we met up with Jennifer from Sydney and had a good chat.

Parts of the town seemed like a theatre set – the world heritage listing of the pilgrimage route has meant that any redevelopment must preserve the facades of the old towns. So in some places that’s all there is! 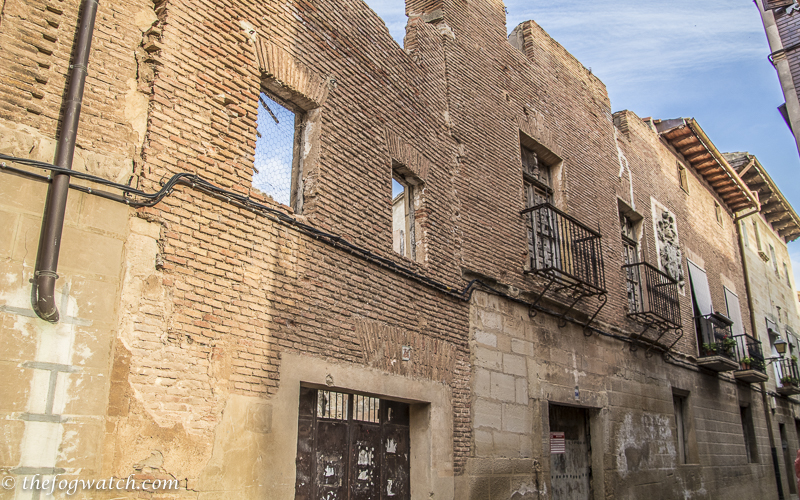 After exploring the town we returned to the Square for a dinner of paella – pretty much Spain’s national dish, then back to the Albergue where we collected our laundry, packed and prepared for sleep.