Searching for the Puente Maria Pía, I picked my way along the long-disused and much-overgrown remnants of the railway line. It clung to the steep side of the valley overlooking the Douro River like a shelf on a wall. A light drizzle fell as I lifted my camera to get a nice overview photo of the bridge. It is, perhaps, better known as Gustave Eiffel’s bridge (yes that Eiffel). 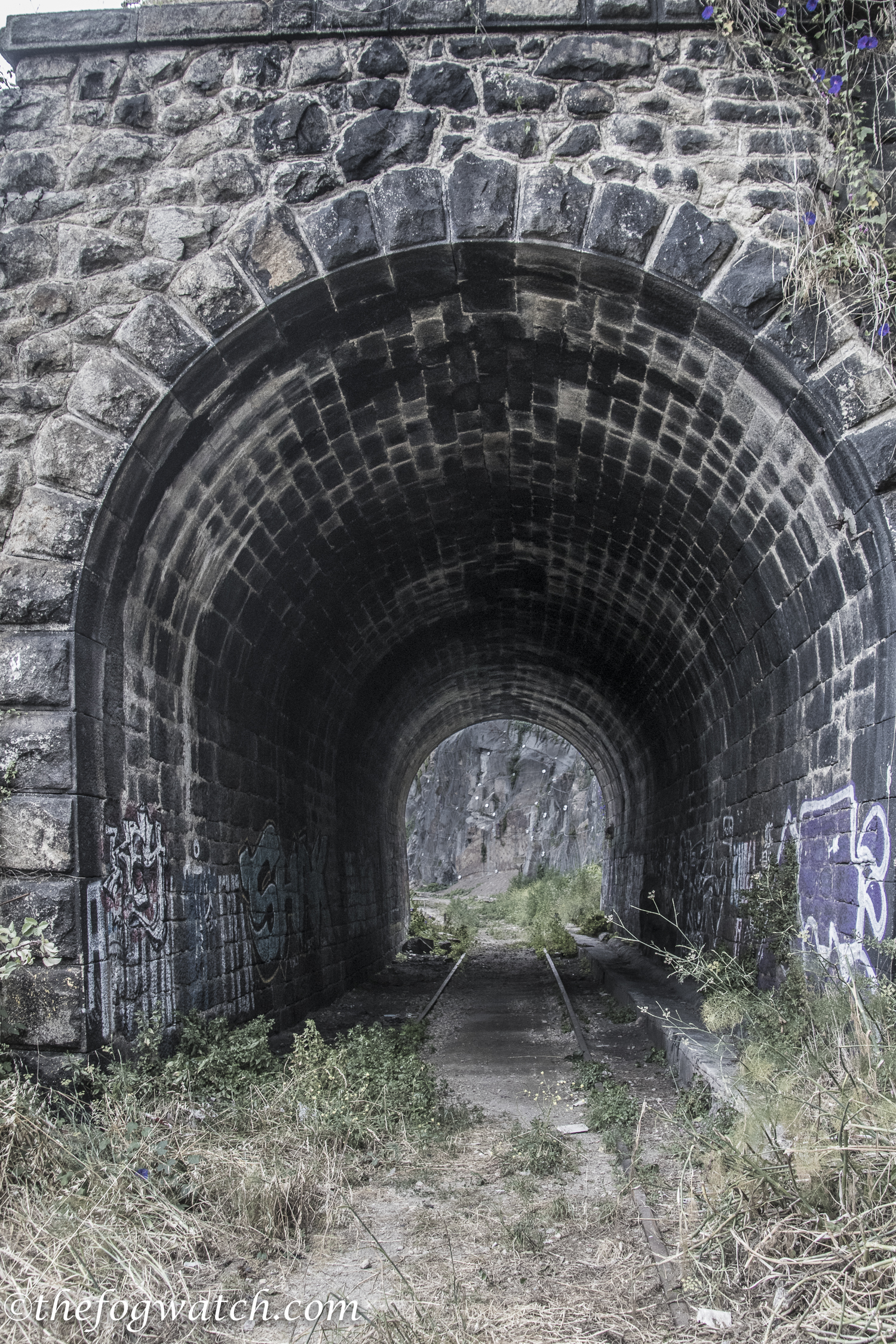 The bridge was in use from 1877 until 1991 when it was replaced by a modern concrete bridge called Puente San Juan. Eiffel’s bridge carried a single-track. As rail traffic grew, it was apparent that a new wider bridge would be required. I took a last look back at Eiffel’s creation and turned to walk back over the old track remnants. As I entered a short tunnel cut into the valley wall I heard a loud horn and the sound of a train fast approaching. It wasn’t a ghostly train, but rather a regular train crossing the modern bridge, the sound echoing along the tunnel, amplifying the sound. It added a poignancy to the moment.

Gustave Eiffel is best known for his Eiffel Tower in Paris. But he had previously established his name and reputation as a bridge architect/engineer, specialising in the relatively new material — cast iron. And you can find an excellent example of one of his bridges in Porto in Portugal. It was early in his career and Porto needed a railway bridge to cross the river Douro. The town was mainly on one side of the river, and the port warehouses were on the other. The river was a busy highway to the ocean, carrying boat after boat, laden with barrels of port, the drink named after the town. The riverboats would drift down and sail back between the town and the port where the barrels would be loaded onto larger sea-going vessels to be traded around the world. 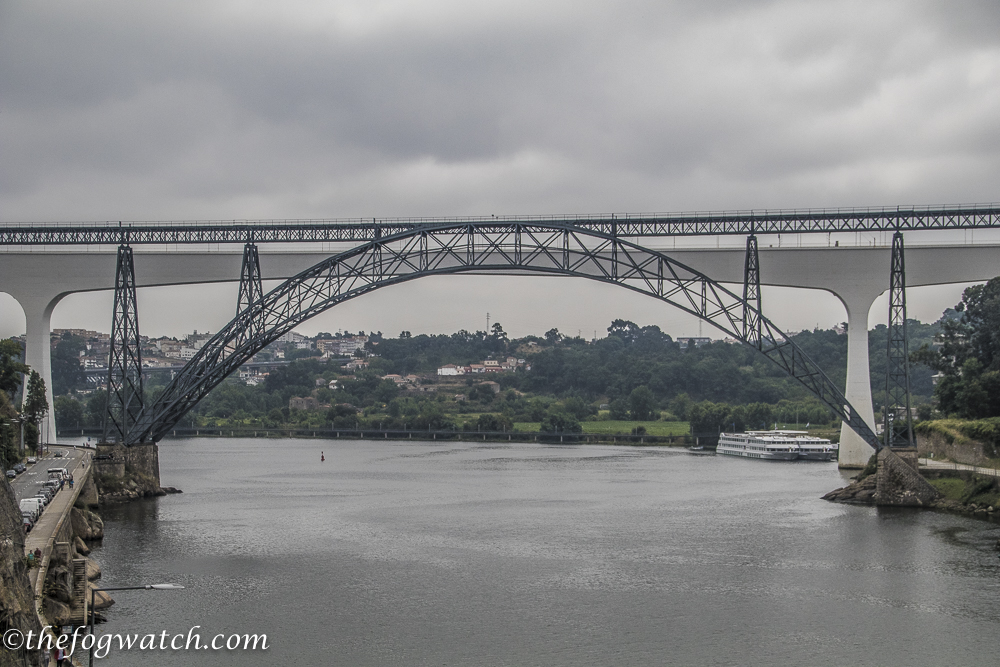 How to build it

It’s not easy to build a bridge over a fairly fast-flowing river. This is even more so, when you can’t block the passage of boats while you are building it. But Eiffel was an innovative engineer. Construction began in January 1876. First, he erected two towers, one on either side of the river. He then ran wires from the towers and anchored them into the steep sides of the river valley. This would hold the structure as it extended its arches out over the water until they met in the middle and were riveted together.

Each part was cast precisely so that the whole bridge could be assembled like a giant kit. Finally, the deck was built out from each end and the entire project was completed within a year with just 150 workers. It was opened in November 1877 by King Luis I and Queen María Pía de Saboya of Portugal. The bridge was named in honour of Queen Maria Pía.

As I made my way back I paused at the ruins of a disused station and imagined the view enjoyed by the passengers as the train wound its way on a shelf high up the valley wall. 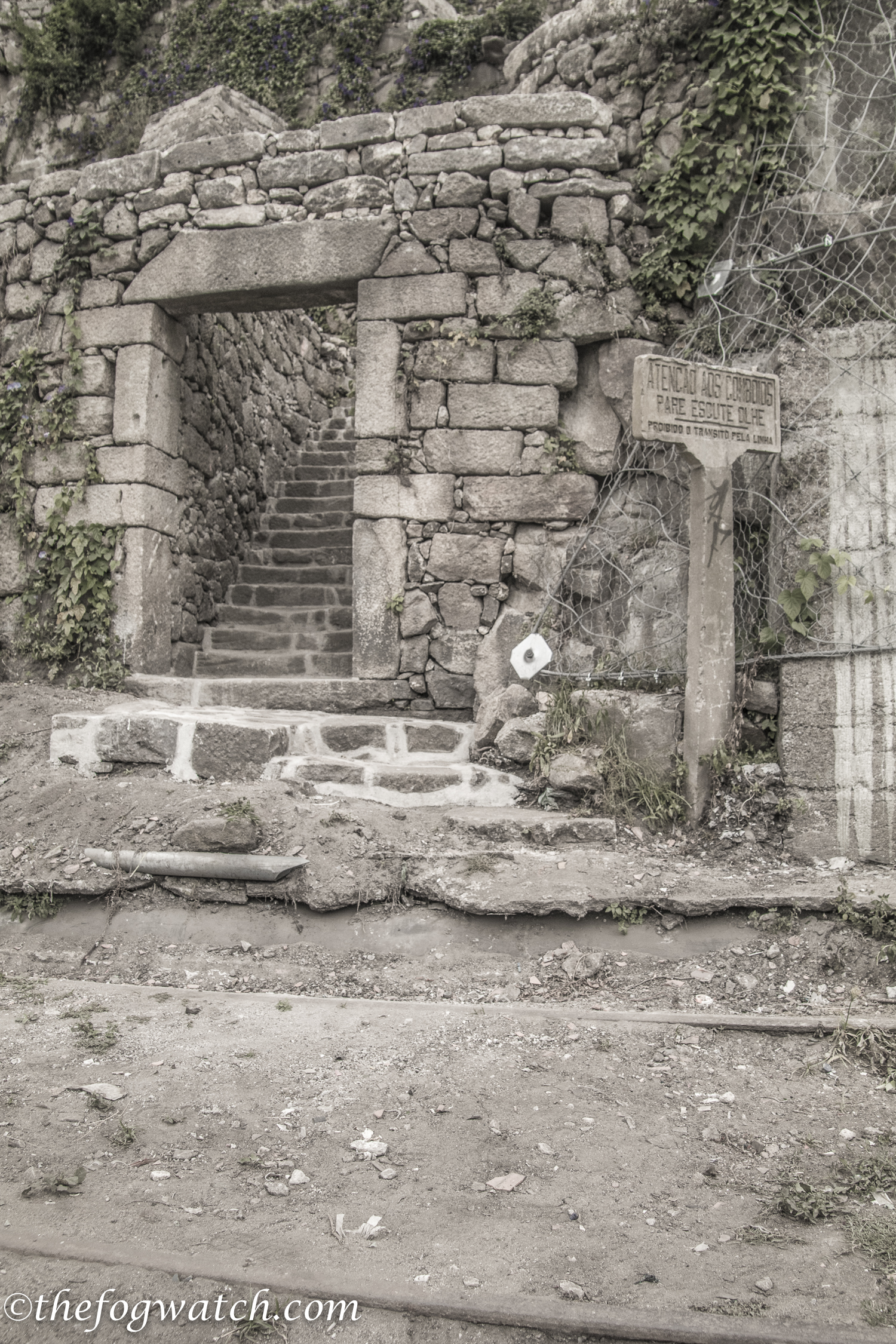 The Puente Maria Pía bridge spans 160 metres (525 feet) and stands a lofty 61.2metres (200 feet) above the river below. Its single-track deck measures just 6m (20 feet) across giving the bridge an almost fragile-looking lacy appearance. It took around 725 tonnes (800 US tons) of iron to build, making it a lightweight structure for its size, but quite a feat of casting. The bridge was declared a Portuguese National Monument in 1982, while it was still in use.

While work proceeded on the Puente Maria Pía, Gustave Eiffel was given an office in the Council Chambers building. And today you can see the desk where he worked during his visits to Porto during planning and construction.

Why is it important?

Bridges embody connection, they bring people together that would otherwise be separated by difficult terrain.  They represent the crossing of barriers, a reaching out, and the soaring heights of human ambition. Bridges provide safe passage as against ferries that may be subject to changing currents.

But above all, bridges connect people and ideas bringing cultures together to facilitate trade and the spread of knowledge. Where walls provide identity, isolation, and nationalism, bridges provide community and connection. In doing so, they connect the past with the future and the present with the past. Bridges are a handshake between mountains, a promise of security and safe passage. As for Eiffel’s bridge — and he built several throughout Europe — the techniques he developed for bridge-building ensured he could build the iconic Eiffel Tower in record time, with an economy of materials and workforce, and many of his techniques are still used today in modern bridge construction.

Many people confuse the Puente Dom Luis I for Eiffel’s bridge — it looks similar, and there is a reason for that. Some years after the railway bridge was constructed, the Porto Council decided they needed a road and rail link to cater for the increasing traffic. So they approached Gustave Eiffel once again, but his career had really taken off along with his prices. So they employed one of Eiffel’s partners — Theophile Seyrig — to design the second bridge. Using similar techniques, the second bridge (and the first one most people see when they enter Porto) closely resembles Eiffel’s work. This newer bridge carries a train on one level and road traffic on another. It, too, has become an icon of Porto and can be seen on many postcards and photos.

You can read more about the Maria Pía bridge at BridgeInfo.net and at Wikipedia.