The first ‘modern’ European travel guide was written in the 12th century by monks accompanying Pope Calixtus II. It was, of course, the guide to the Camino (French route). So the guide, known as the Codex Calixtinus, became the definitive route – and the route today largely follows the one set out in the Codex. It replaced the rather vague directions pilgrims had previously, which would likely have been along the lines of:

“Head south where they speak French, cross the mountains through the pass at St Jean, walk until they speak Spanish, then keep the sun at your back in the morning, and in front of you in the afternoon, or by night, follow the stars known as the Milky Way until your reach the sea.”

The climb over the Pyrenees is challenging today, but it was very different nearly one thousand years ago when the Codex Calixtinus warned of greedy armed toll collectors at St Jean Pied de Port – despite laws restricting them to taking tolls from merchants, and prohibiting them from taking tolls from pilgrims:

This region – near the Cize Pass and the towns of Ostabat and Saint-Jean and Saint-Michel-Pied-de-Port – has some truly vicious toll collectors. They come at pilgrims with weapons, and demand an exorbitant fee. If you refuse to pay, they’ll beat you up and take the money, even intrusively frisking you to get it. These people are forest savages. Their hard faces and strange language strike terror into the heart.

Luckily, today the reception is more friendly! The importance of the pass across the Pyrenees in providing contact between Spain and the rest of Europe was recognised even in the 12th century:

“The Basque Country has the highest mountain on the Camino. It’s called the Pass of Cize and is both a gateway to Spain, and a commercial route where important goods are carried from one country to another.

The mountain is eight miles up, and eight miles down the other side, and seems to touch the sky. Climb it and you’ll feel you could push the sky with your hand.” 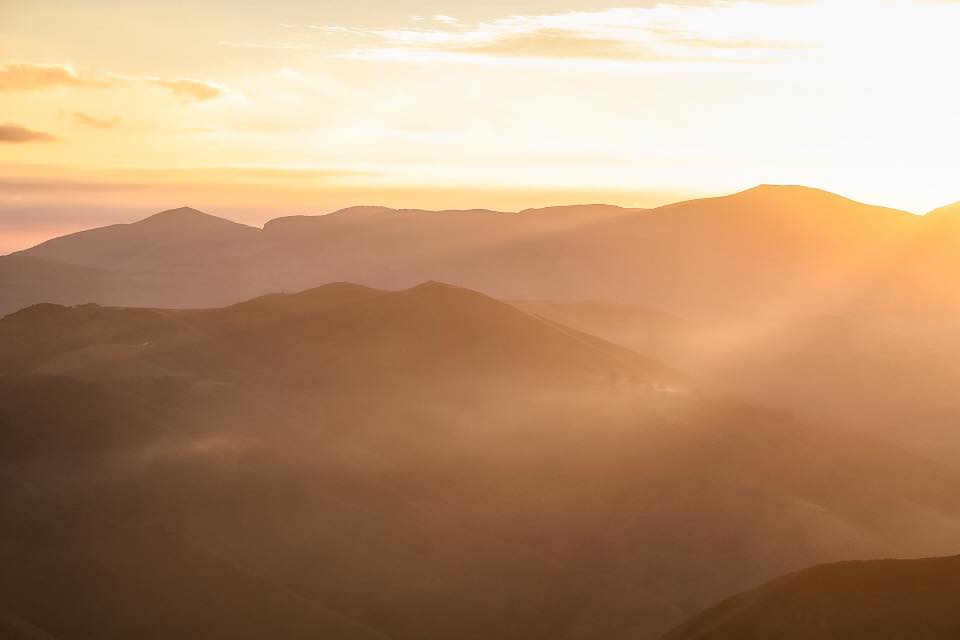 The vultures are still there – we thought perhaps, to pick off the slower pilgrims. We were determined not to give them that pleasure. It wasn’t quite soaring with eagles, but they were graceful as they rode thermals in lazy spirals above and below us. 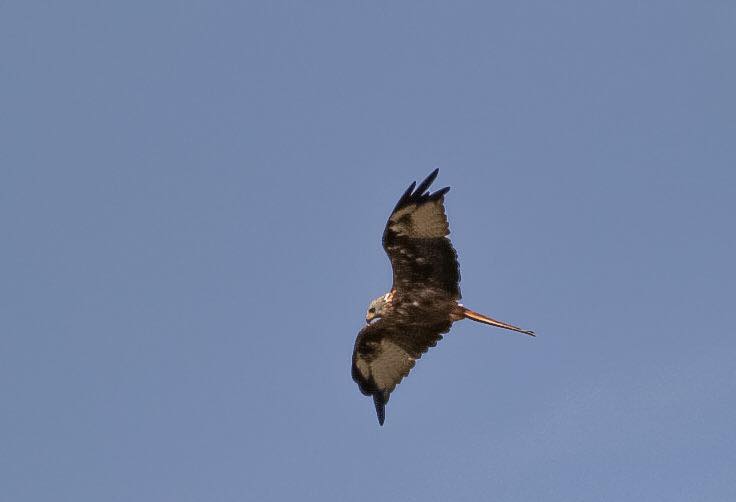 Roncesvalles – a medieval monastery of epic proportions has an extraordinary history. The pass, with its steep Roman road, is where Napolean brought his troops. And in the 10th century, Charlemagne too went this way. In the latter case, he was retreating with the Moors hot on his heels, picking off his rear guard. The story of Roland’s legendary defence was played out near here (more on that later). 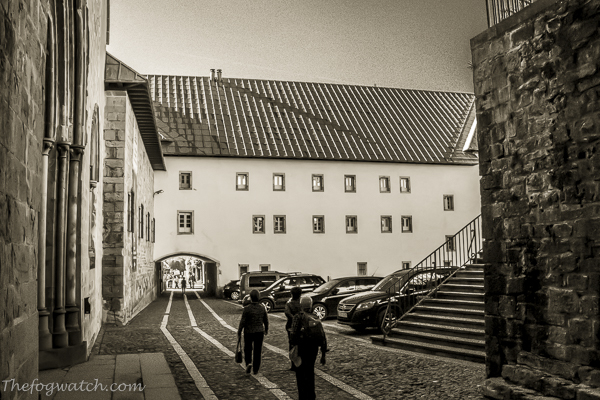 This is the first village on the Spanish side of the border (the border being marked only by a cattle grid), and is the starting point for most of the Spanish pilgrims – it also avoids the notorious Napoleon Route over the mountains…

The 790km sign is a favourite with Pilgrims – ourselves included – and with relief at surviving the worst of the Pyrenees, we found ourselves in bright sunshine with a new spring in our step. 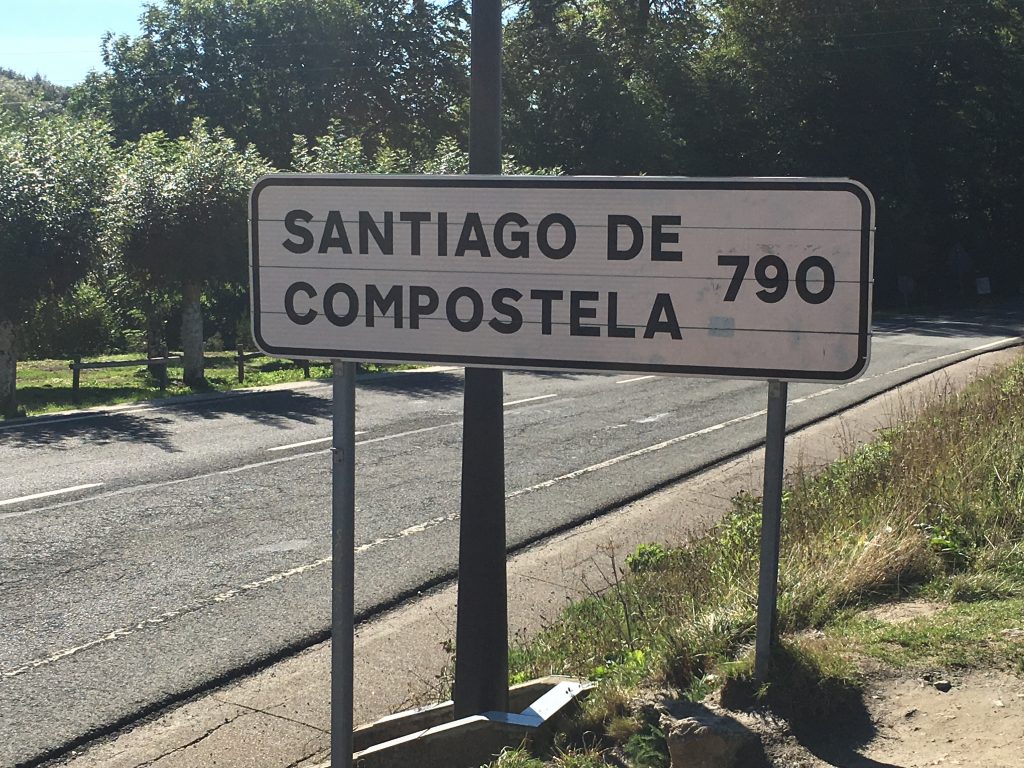 The track was well made and soon took us away from the road and into a delightful wood. This is a wood with a history. 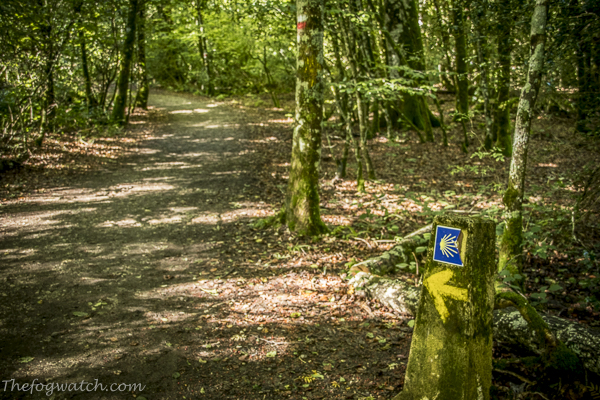 It was a bit magic with the dappled light filtered through the trees and the walk was wonderful. Within a couple of kilometres we emerged to see some buildings ahead, but there was also a cross and an information sign. It seems that in the 16th century this wood was a favourite meeting place for the local witches’ coven. I can see why – it was a beautiful spot, and probably good for harvesting medicinal herbs, such as willow bark for headaches and nettles for tea. It was magic in more ways than one!

The cross, presumably, was to stamp Christian authority over the place, and was known as the Cruz de Blanco – the White Cross. It reassured us that we were still on the path outlined in the Codex. In addition, there were the official blue and yellow stylised scallop shell markers, and the occasional yellow arrow – further signs of the Camino. 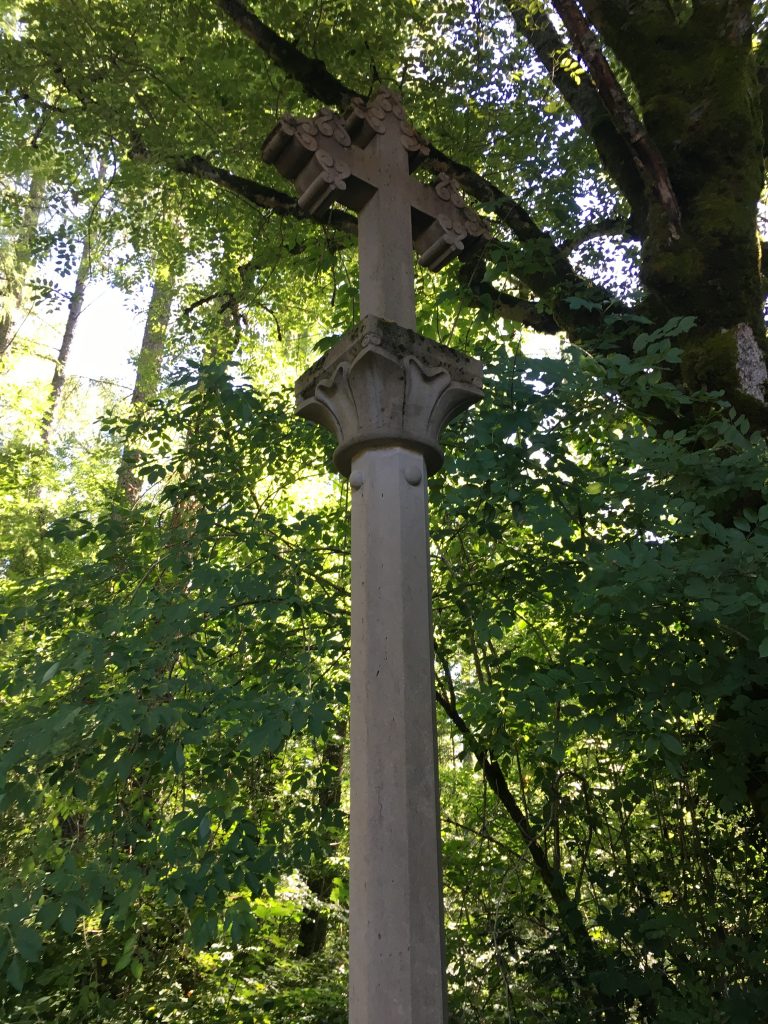 We were definitely on the way now!