The magic would come later. Departing Puenta La Reina, we headed out through the 12th Century gate and over the elegant romanesque medieval bridge. 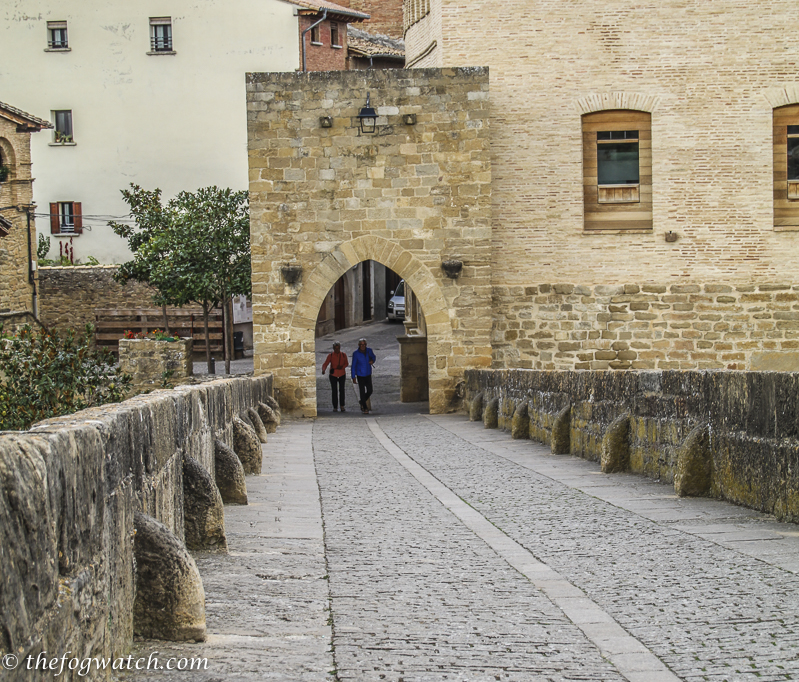 There is an inscription marking the opening of the bridge, which reads:

…which I found quite poetic. Clearly, after that point, the pilgrims arrived at a bridge, rather than a treacherous river. The bridge itself is an elegant Romanesque structure with seven arches and a fortified gate. 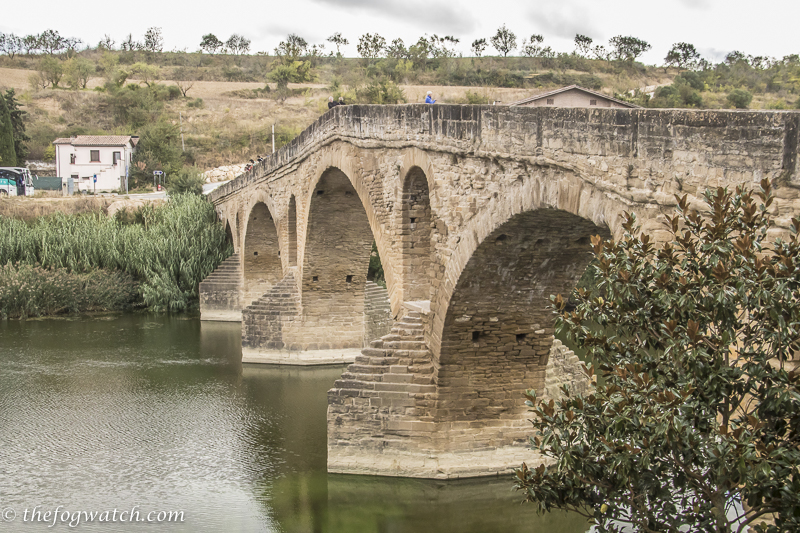 On the boundary of the town, standing beneath the last street lamp was a South Korean pilgrim – lacking a headlamp he asked if he could accompany us until first light. We chatted and the discussion ate up the kilometres.

My headlight picked out a distinctive shape on the ground – striped,  like a luggage strap. But it moved slowly in the cool pre-dawn. The ladder snake is harmless and common in Spain, feeding on rats and occasionally small birds. This was a young one as the stripes were very prominent. In the adult, they fade to leave two parallel lines along its length. 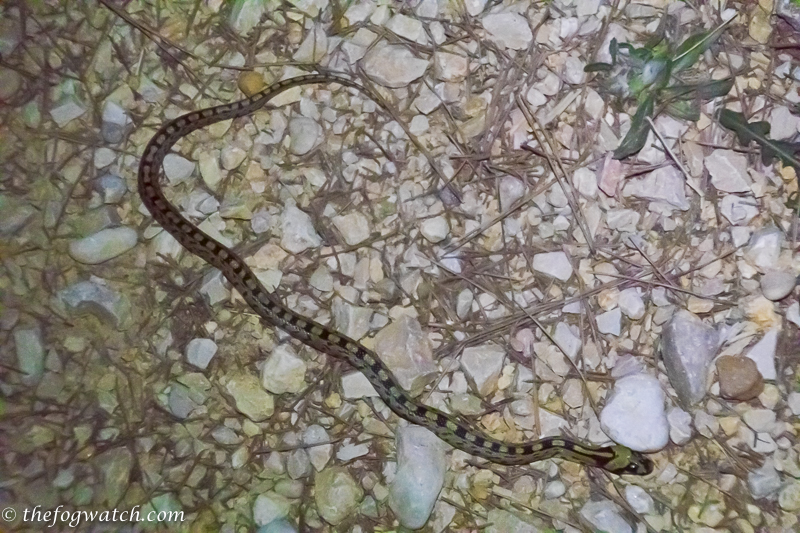 Soon after there was sufficient light for our companion to resume his natural pace, which was faster than ours.

As daylight dawned the fence beside the road was festooned with crosses woven into the wires. There were hundreds of them, marking where pilgrims had passed before us, leaving their traces then moving on. 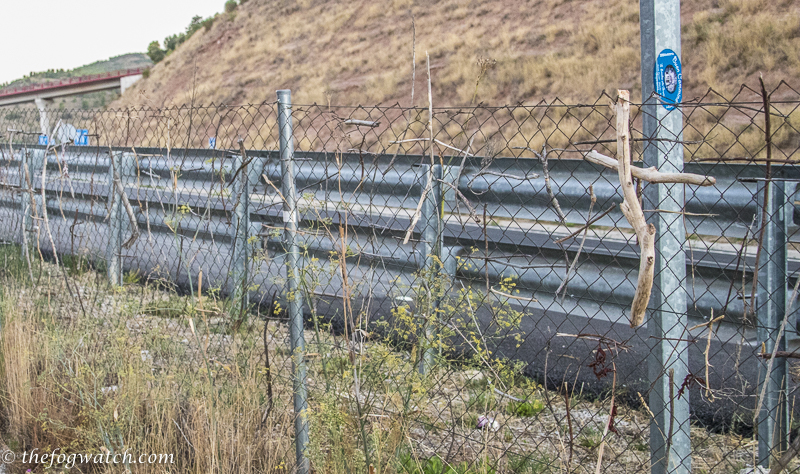 We passed vineyards – this is a prime wine-growing district.

Ahead lay breakfast at a medieval town on the hill – Manéru – a village linked with the Knights Templar and the Order of St John who were influential in this area in the middle ages. 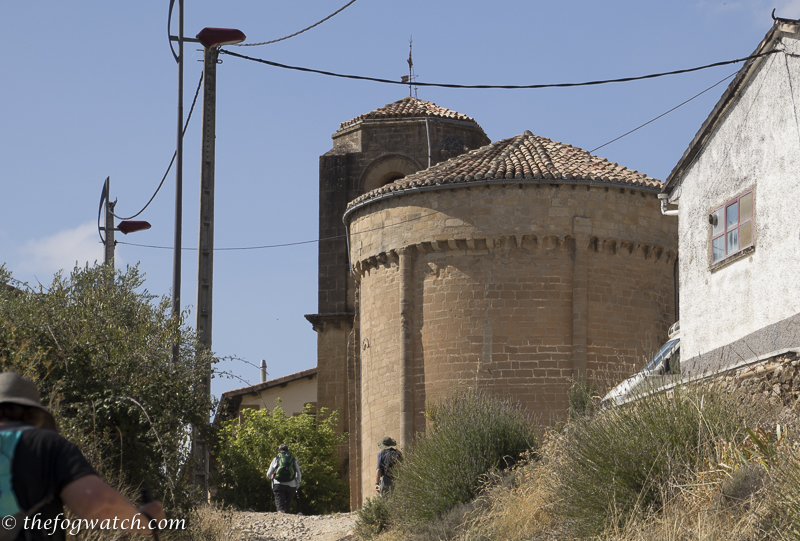 Then on to Cirauqui where we found a map of the world drawn in shrubs in a garden. Australia was present, though the shrub representing Tasmania was struggling a bit at the end of Summer. 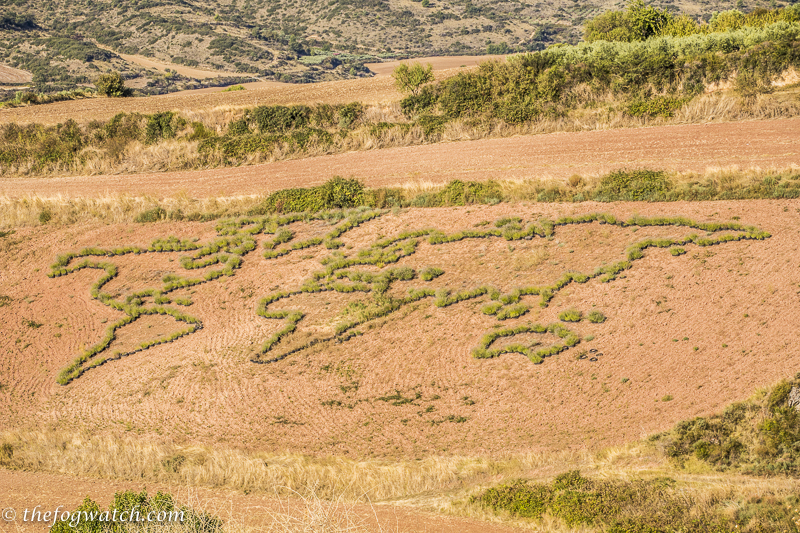 We looked back across the valley and realised what a day’s walk covered. Ahead, lay a pass in the distant hills – our destination.

We struggled on very rough masonry as we descended onto a Roman bridge – still in use after 2000 years. We walked on a Roman road used for centuries by pilgrims and locals, and we passed under a modern aqueduct. 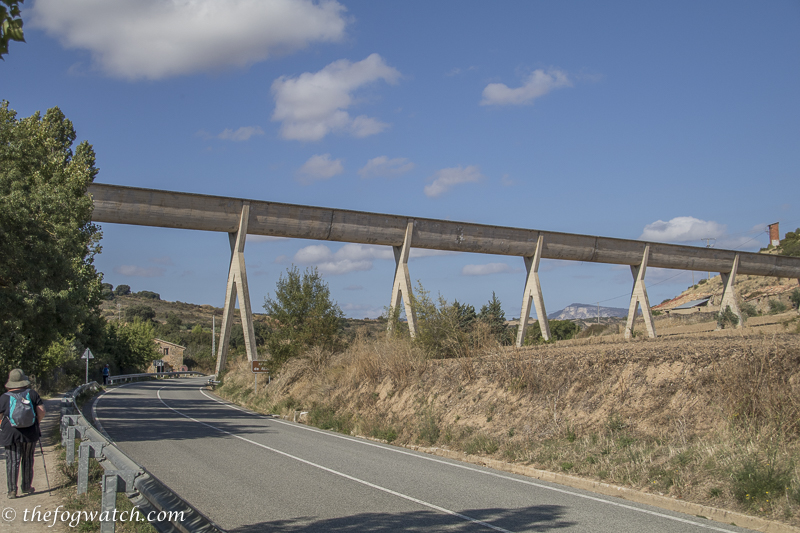 Then across a medieval bridge – known as Picaud’s Bridge after the medieval French monk whose guidebook warned pilgrims that the salt water from the river Rio Salado was deadly to drink – his own horse falling victim – and so we walked into Lorca. 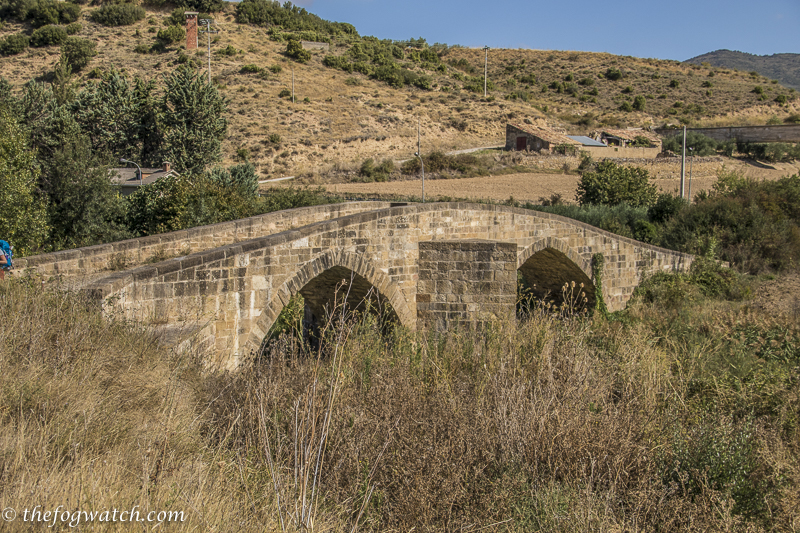 It was getting warm, but our feet were well and we were ready to walk on through. We wetted our hats at the fountain, but the water was untreated, so we moved on without refilling our bottles. 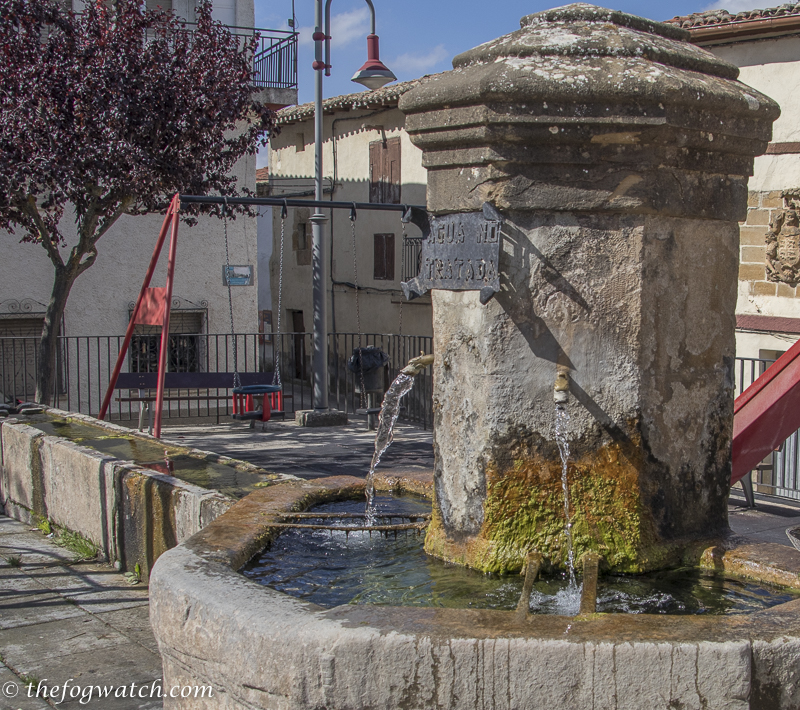 Into Villatuerte across the bridge and we saw the Albergue La Casa Magica – the magic house – it seemed like a good place to stay. The 13th century house – much converted – had single beds, around 10 to a room, rather than bunks to our great relief. 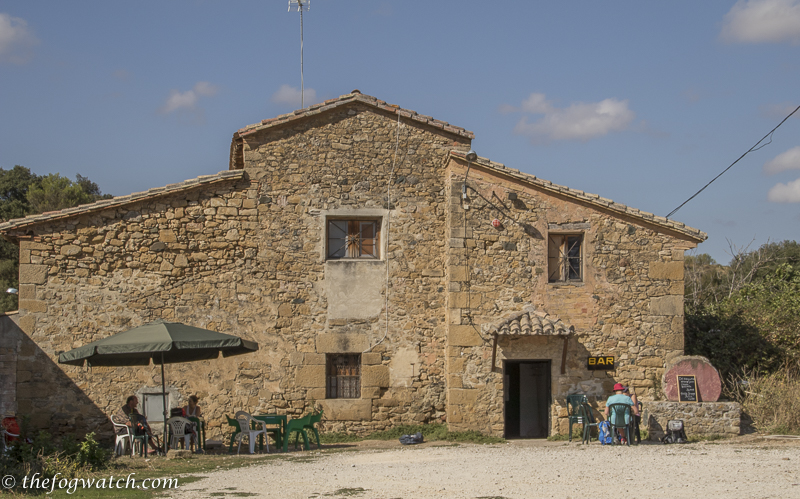 Showered, and with our washing underway we settled to drinks (vino tinto) and got to know our Camino companions. It was one of those amazing moments as we bonded with a great group – many of whom we would encounter several more times along the way. Excellent dinner conversation, and so to bed. The pilgrim crowds had thinned by now, and we retired – each to a separate dorm room – yes, we each had a room to ourselves with a great choice of beds! It was indeed magic.