What are those weird unearthly tree-like structures that comprise the Gardens by the Bay? We often think of Singapore as a giant shopping mall, but it is of course much more than that.

With a spectacular view from the 61st floor of our hotel — itself a marvel of engineering — it struck me just how much has been achieved in this small island state over an extraordinarily brief period. The Singapore of 30 years ago has long been eclipsed by the 21st century version. And the iconic Gardens By The Bay is a great example of this. 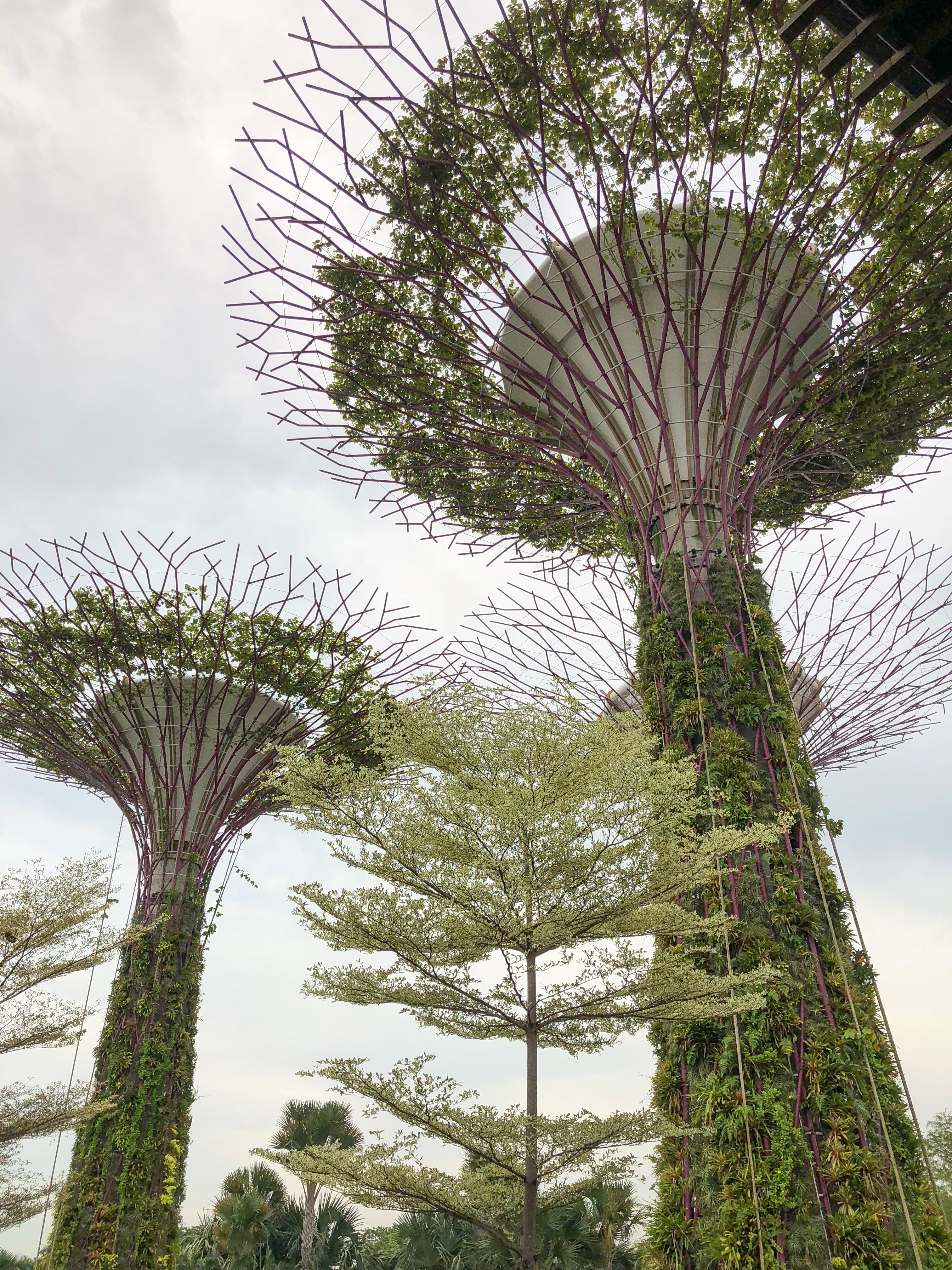 Beneath the towering ‘supertrees’ you step into a giant organic-looking glass dome and breathe cool air amid the overwhelming sound of a giant waterfall. You look up along the vertical garden covered with orchids and ferns and mosses to see that yes, there is indeed a waterfall falling 16 storeys (35 metres/115feet). 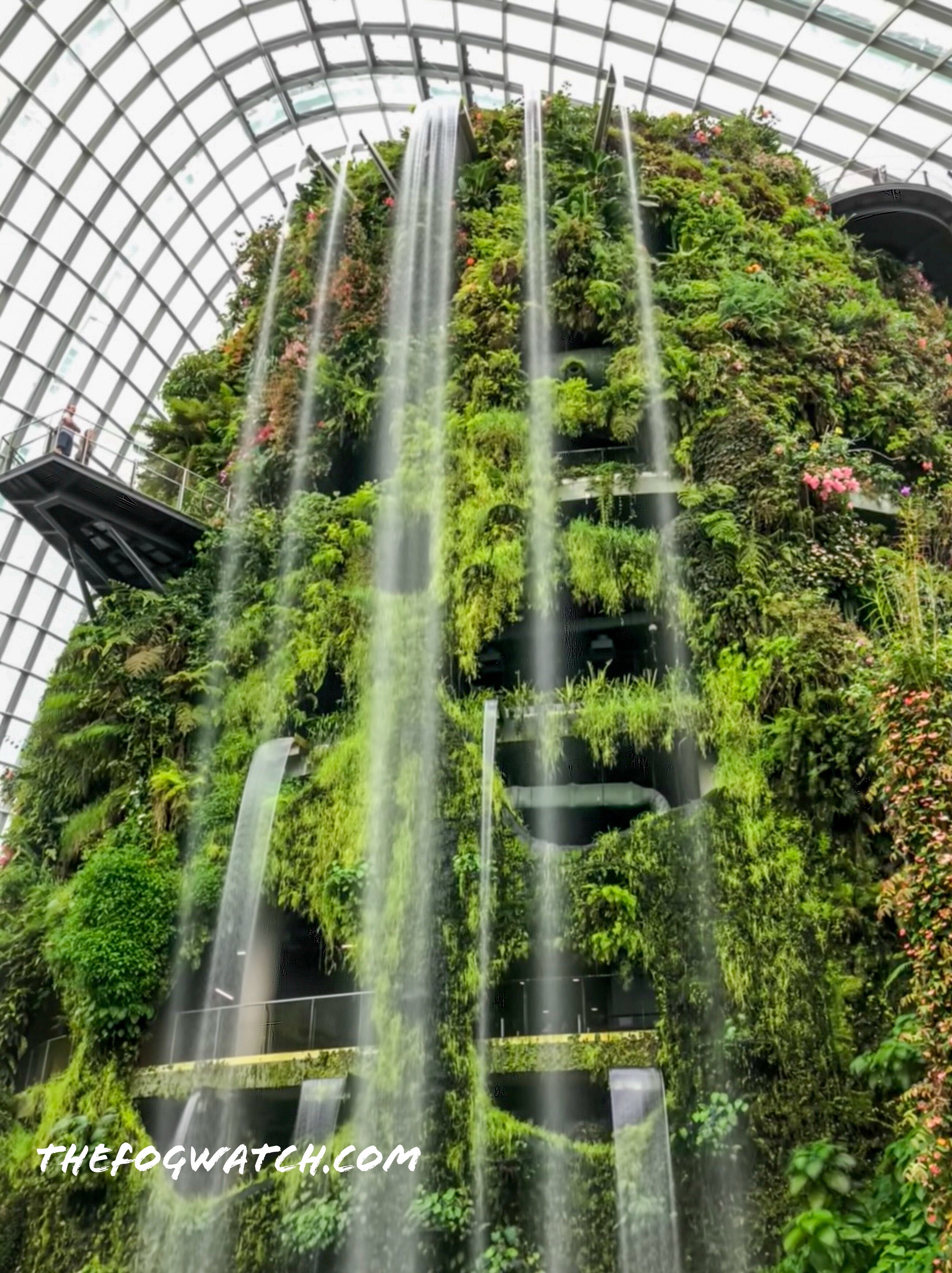 The whole park is laid out to symbolise the entire ecosystem that is Singapore itself, flowering like a giant orchid — Singapore’s emblem. The metaphors doesn’t end there. It takes root at the waterfront, while the ‘leaves’ (landforms), shoots (paths roads and aerial link ways) and secondary roots (water, energy and communication lines) form man integrated network with blooms (the theme gardens and supertrees) at key intersections. All this represents part of Singapore’s government-led strategy to transform Singapore from a ‘garden city’ to a ‘city in a garden’.

And so to the super-trees themselves. These are designed to represent a rainforest canopy, but one that actually functions like a rainforest ecosystem as part of a sustainable and integrated life cycle. The domes are covered in special glass that filters the light selectively to keep the heat down while letting light in for the plants. Chilled water pipes are cast within the floor to cool the ground so that cold air can settle and provide a climate for temperate plants, while the warm air rises and is vented out through the super tree canopies. The supertrees have solar panels to collect energy to power the spectacular nightly light show, and the horticultural waste is burned in biomass generators to generate power for the chillers and the rest of the systems. In addition, the supertrees collect water from the humid outside air to be stored in huge rainwater tanks that form the superstructure, and their exteriors are planted with over 162,000 plants

So what I am coming to realise is that Singapore is not (just) a consumer’s paradise of air-conditioned shopping malls — though it has those in abundance — but if you look a bit closer, you will find great natural beauty and places of tranquility amid the bustle of a world-class city. [Disclaimer: I have no affiliation with any of the companies or attractions listed here and have received no financial benefit from them.]