The Musée des Arts et Métiers is one of my absolute favourite museums in Paris. How often have you looked at a piece of technology and wondered how on earth someone came up with that? I have always been interested in the precursor technologies that led us to where we are today. It is also amazing to consider how there was such a flowering of technology development at the end of the 19th century – and France was at its centre until the First World War. 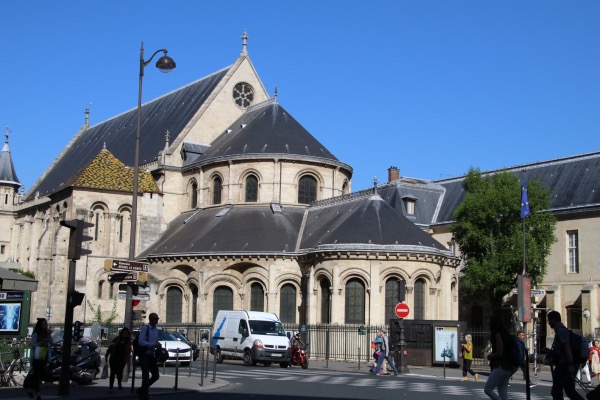 Let’s go back a bit. I currently own a French car. It has front wheel drive and front wheel steering with a transverse in-line multi-cylinder engine. This format goes right back to the very first full-size self-propelled vehicle – Nicolas Cugnot’s steam wagon. His first version was built in 1769, which tested the concept of a steam driven vehicle for the French Army. Version 2.0 pictured here – yes it’s the original – was built in 1770, the year Captain Cook encountered Australia. This one was slightly more efficient and showed that a gun carriage could be pulled by this wagon. 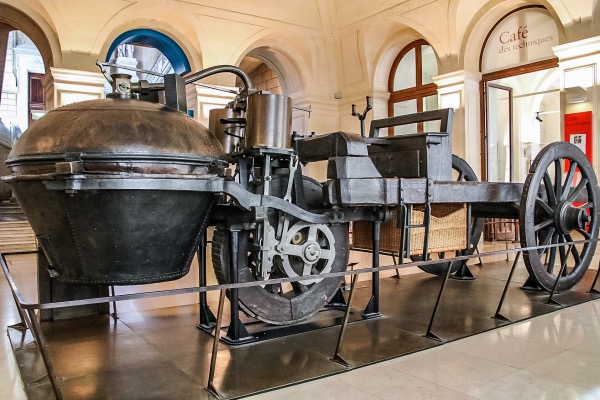 Weighing in at 4 tonnes and able to achieve around 6kph for 15 minute  stretches, it had front wheel drive, front wheel steering and a multi-cylinder transverse in-line engine. Clearly things have evolved a long way to my Citrôen, but you get the idea.

Move on to 1873 and Amadée Bollée had a regular functioning bus service using buses like this one – the bus was capable of 25kph and ran a regular service in Paris. 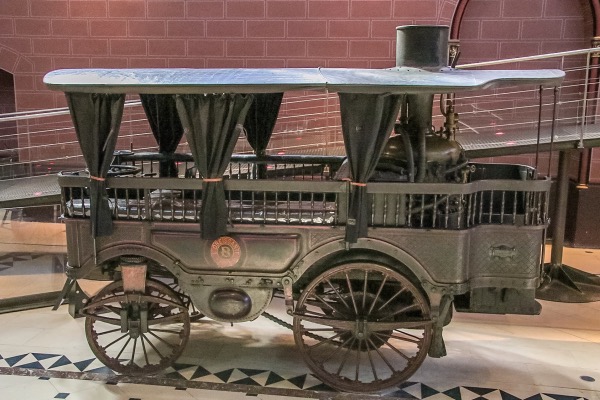 And while the Wright Brothers are credited with the first human carrying powered heavier than air flight, 11 years before, Clément Ader made powered hops in this steam-powered aircraft in France. He produced three versions – this one is Avion III – and his machine gave the French their word for aircraft. 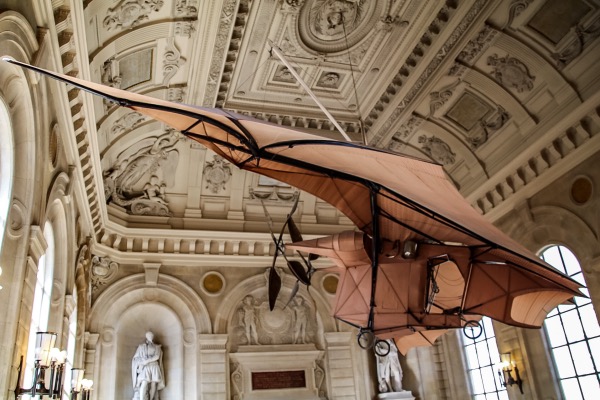 But this museum is not just about transport, there are automatons, textile machines and prototype televisions and radios and telegraph machines dating back into the beginnings of these technologies.

Check out their website here – and do yourself a favour if you are at all interested in how our modern technology came into being – this is the place to see it.