We visited the Museo de la Evolución Humanes – the Museum of Human Evolution. They told us that, being a Tuesday, Atapuerca was closed today, and tomorrow’s tour was already booked out. ‘Besides’, they said, ‘the tour is all in Spanish and the artefacts are all here at the museum’. So we bought our tickets – there was even a pilgrim’s discount! 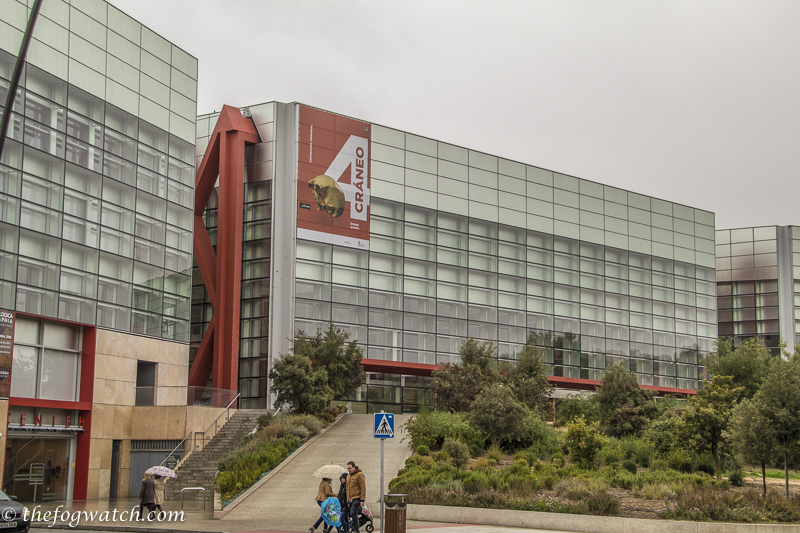 We caught up with Kathy – our Camino friend and she came with us to the museum. It was amazing – really well laid out and told the continuing complex story of human evolution through the artefacts and hominid remains found at Atapuerca. 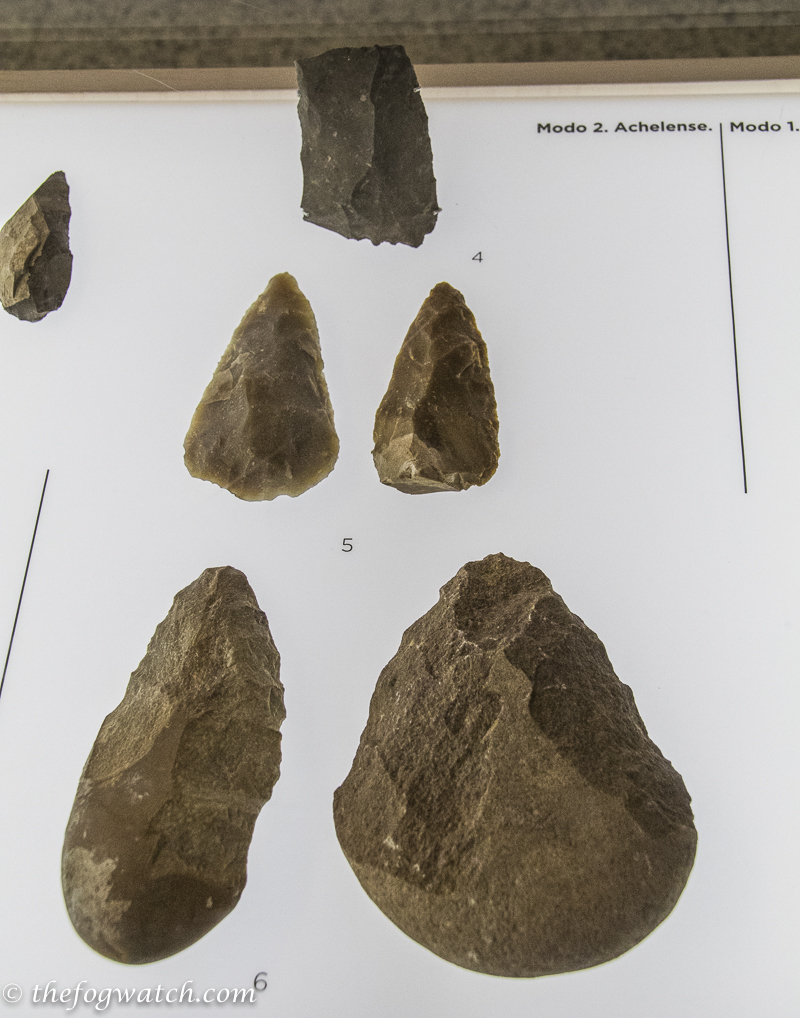 The museum had some really thoughtful commentary on the exhibits which brought home the humanity of these early human ancestors. From the remains of flowers and beads found in Neanderthal burial caves, to the stone tools fashioned from the very flint we had walked on, we began to see past the chipped rocks to the human imagination that called them into being.

Of all human traits, symbolic language is the most unique to mankind. From figurative art to funerary rituals, it is one of our most important cultural acquisitions. Symbolism demonstrates the complexity of the human mind and its capacity for abstraction – a product of our brain structure.

Works of art were probably created for various reasons: aesthetic delight, mysticism, social cohesion etc. In addition to communicating a group’s symbolism, the constitute an experience shared by all its members. Art reflects all of our mental assets.

The practice of burying the dead marked the beginning of a symbolic behaviour which points to an awareness of the concepts of death and the afterlife. These common concerns united groups, just as religions do today.
– Museo de la Evolución Humanes

Seeing the material culture of pre-Homo Sapien hominids reminds us that those early humans were capable of complex symbolic thought and interaction. That we possess probably around 3% Neanderthal DNA attests to a time when modern humans and Neanderthals coexisted with an overlap of some tens of thousands of years. And it happened here in Spain where the last of the Neanderthals eventually died out.

From these exhibits, Sharon and I resolved to have our DNA tested on our return to Australia in order to better understand our diverse and complex genetic heritage.

One particular highlight was seeing the skull and reconstructed face of Homo Antecessor, and the complete skull and hip of Homo Heidelbergensis. These were displayed along with the stone tools they used, and adornments crafted by Neanderthals and Homo Sapiens.

One quote really stood out for me:

“Creating a tool is no minor feat. In order to make a tool, one must first recognise the need for it. Secondly, and drawing on past experience, a mental design must be envisioned. Finally the tool is made. Our ability to imagine and plan may well have been spawned by technology” – Museo de la Evolución Humana

This place gave us much to think about and we spent most of the afternoon discussing what we had seen.