Noticing – taking the time to observe things – when you travel, is a way of enriching your travel experience. I have often told people that a camera has taught me to see. By that, I mean, I have learnt to observe more, to notice the light and the play of shadows, and from that, I have learned to notice small details that others often overlook. This, in many ways, is the essence of mindful travel.

More recently, I have taken to using a sketchbook, though I can’t really draw for nuts. But the drawing is not the point. When I sketch, I spend time really looking at my subject, whether a building, or an unusual machine, or an interesting flower. When you sit in front of an object for an hour, trying to capture its form with a pencil, you end up noticing details that you never realised were there. It can help to make sense of how the object functions as it does, or did.

Studies have shown that visitors to art museums and galleries spend on average just a few seconds – rarely 30 seconds to a minute – in front of any given artwork. This is a process that Worts (2003) has described as grazing. We seem to be in a world of ‘swipe left’ as we travel to exotic locations to grab a quick selfie, before moving on.

On a recent visit to the Louvre in Paris, I was amazed at the crowds who surged into the room to grab a phone or tablet photo of the backs of the heads of everyone else who had come to see Leonardo’s Mona Lisa. What was remarkable, wasn’t the popularity of THAT painting, but the fact that they surged unseeing past FIVE other Leonardo paintings to get to be part of the crowd, such as the Virgin on the Rocks – which has a companion painting of this subject by Leonardo at the National Gallery of London.

But don’t get me wrong, I have nothing against people taking selfies, or against people taking reference photos for later viewing, perhaps as a reminder when they are trying to contextualise what was special about that particular artwork. But it is curious when the lens is used as a substitute for actually looking, and in that context I wonder what they are getting out of the experience, other than bragging rights with social proof that you have ‘been there’. But have you actually been there?

I ask that because I have been wondering lately about the link between being and observing. About 100 years after Leonardo painted the Mona Lisa, a Frenchman by the name of Renée Descartes came up with the idea that “I think therefore I am”.  And that seemed to settle the matter for a while. But around 1980, another Frenchman by the name of Jacques Lacan re-phrased it, suggesting “I think of what I am where I do not think to think.” In this case, he is suggesting that being and thinking are not necessarily the same thing. We can be in a place, but our mind is elsewhere. How often do we see a group of people having coffee together, each on their phone deep in textual conversation with someone not present at the table? To outsiders, it can seem disconcerting, but despite the mediation of the phone, at least they are being sociable with someone, even if not their present company. 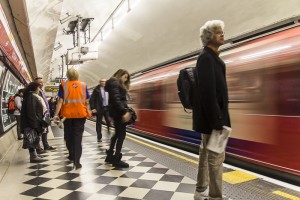 A recent article in an e-journal called Aeon, titled “I attend, therefore I am” suggests that we are what we pay attention to. The article, by Carolyn Dicey Jennings, describes attention as “what you use to drown out distracting sights and sounds, to focus on whatever it is you need to focus on.” This power of attention, she argues: “…is what helps you in moments of conflict more generally – moments when you are caught between two (or more) options, both of which appeal to you, and you are torn on which option to choose.” Jennings goes on to observe that the philosopher Robert Kane describes these life-defining moments as ‘self-forming actions’. That is, actions that form and inform who you are as a person. The movie ‘Sliding Doors’ is a good example of how these life defining moments can turn on whether or not you catch that train, or take that trip.

A Canadian friend whom I met on the Camino, Kristine MacMillan has written a poignant blog post about this. In it, she talks about the value of following your dreams. She observes that you can’t predict when you’ll meet Mr Right, but you can control whether you learn a language, or take a trip

“…as a nurse I often see people who have saved or worked hard their entire lives with plans to start living when they retire, or to take that dream trip in 5 years time. Then they or their partner’s health fails and they don’t get that chance. ”

Some might describe this as a philosophy of Carpe Diem – Seize the day. Kristine puts it this way:

“it’s good to have dreams, but for me living a full life is essentially a way of living your dreams as best you can in the now. I don’t really have much control over when I meet Mr Right. But I can control whether I want to learn a second language, bicycle in the vineyards in France, or go on an African safari. I can choose these things by choosing not to pay for cable TV, or have a collection of purses, or put off buying a new iPhone. I tend to view things in terms of well that such and such thing is a plane ticket, and I’m way less inclined to spend my money on it.”

It all comes down to a question of focus. A camera and sketchbook have taught me to see, to focus on what is in front of me, to look around and notice my surroundings, and to observe the context – what makes it work, how did it get to be like this? how did it come to be there and not somewhere else? And by noticing, I am informing myself, and becoming who I will be, informed by what I have paid attention to in the past. We are, as the French philosopher Michel Foucault suggests, the sedimentation of our experiences that form the bedrock on which I base my future actions.

So how do I apply this? Last year, on the Camino de Santiago, I was taking a difficult path down towards the town of Portomarin. Mostly, I was focussed on trying not to twist my ankle on the uneven narrow path, but I also took moments to look around to see where I was and how far I had come. On one of these pauses I looked around and saw an opening in the rock like a small cave, and there was water running from it into a channel beside the path. I looked closer and took out my camera. It appeared to have been worked and shaped by human hands using hand tools, perhaps in ancient times. And I wondered if perhaps it might have been a spring used by the Romans to supply water to the town. I asked several people – fellow pilgrims – about it, and not one of them had noticed it was there. It might well have been a sacred water supply in pre-Christian times, or it might have supplied water to Roman industry nearby. Noticing that, and knowing that there were Roman copper mines nearby, enriched my experience of that place, and has made me want to learn more of the Roman and pre-Roman occupation of this area.

In another time, another place, others have sketched in the Roman forum in Rome, or  at the Colosseum, and in the process have observed how the place functioned, perhaps imagining the entertainments performed there, but coming away richer for having noticed how it was put together, and how the seats related to the Emperor’s box, and how the building was there in that place to help wipe out the memory of a tyrant. For others, it was perhaps a selfie moment, or a graze past from a tourist bus, but how much richer is the experience when you focus and notice and observe! 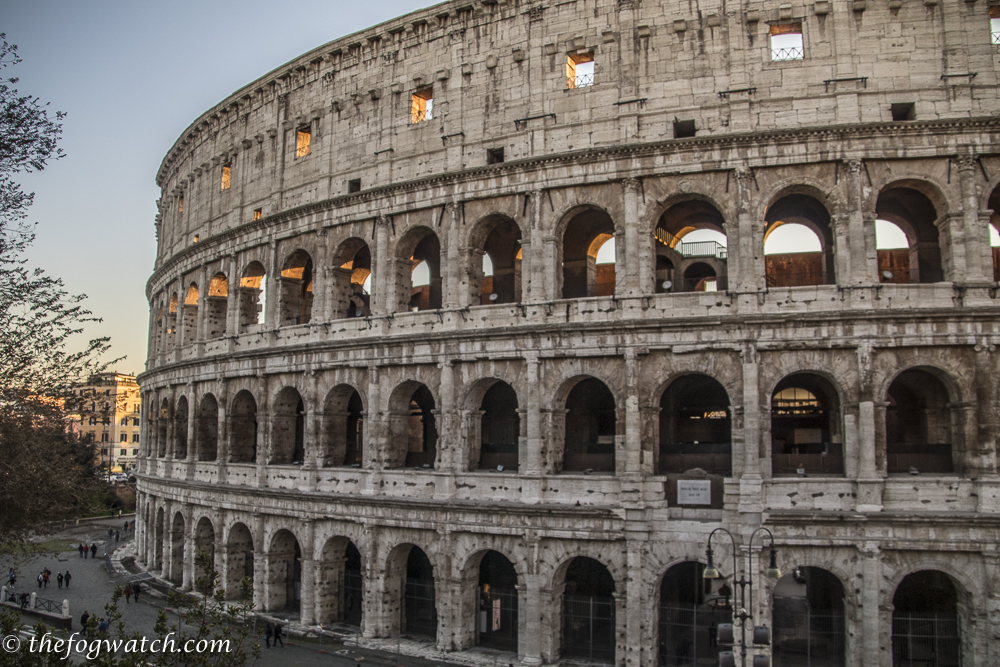