After refuelling at Kimba, we returned to the long straight road. The road trains were impressive, thoroughly dwarfing our little red car, and passing them was quite the experience! But the plucky Citroen didn’t miss a beat. At times there were oversize loads coming the other way – a few of which took up the entire road, and for those we demurred to the shoulder and stopped to take photos and give the truckies a friendly wave – some would sound their air-horns in appreciation. 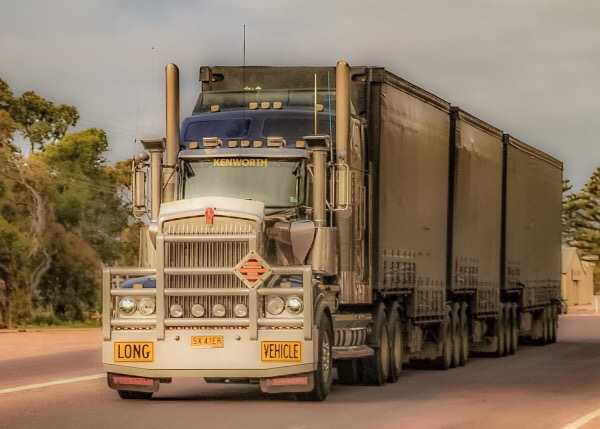 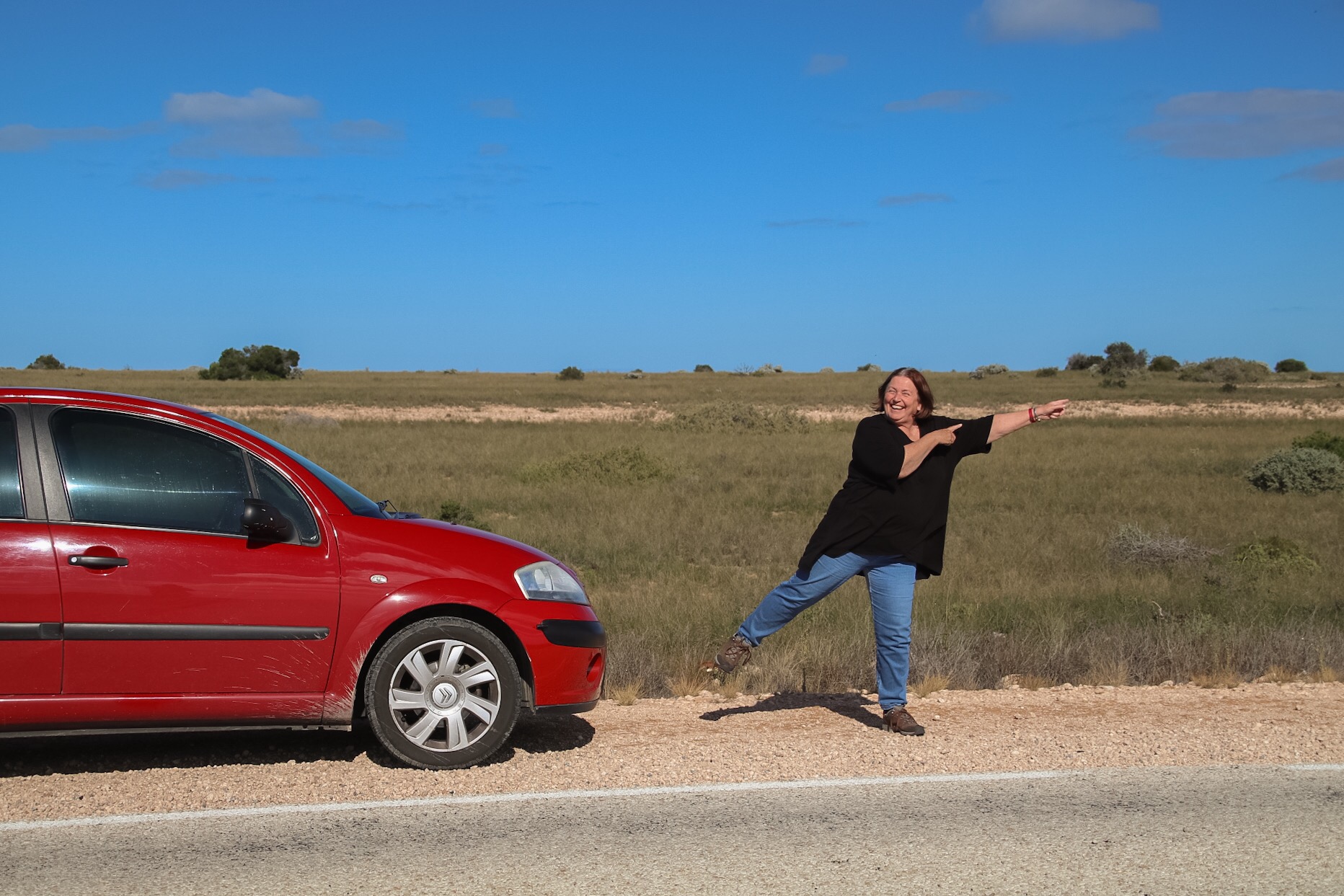 There were signs too that drew our attention – ‘beware of kangaroos playing leap-frog with an emu’, or of ‘kangaroos leaping over cattle’… 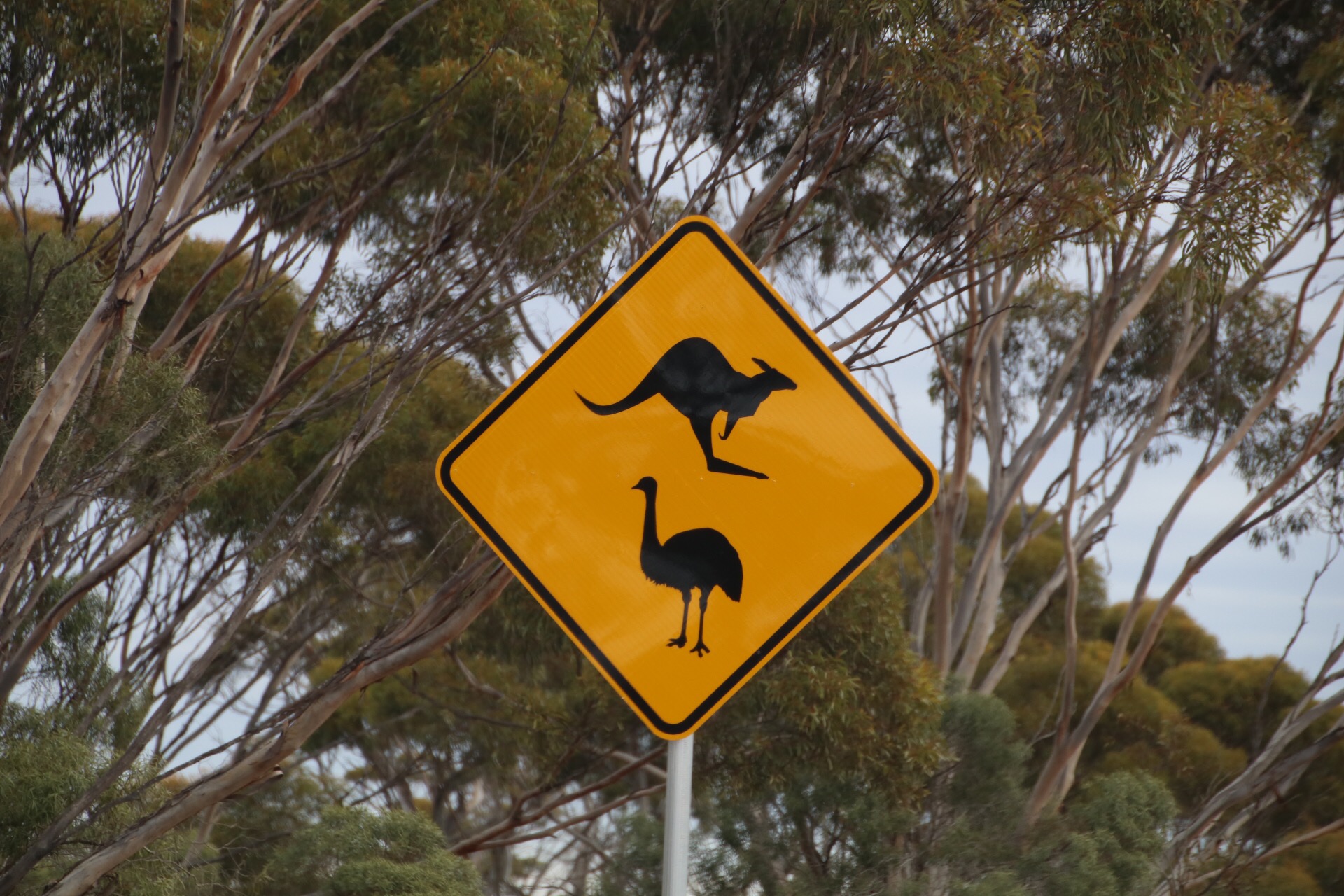 Despite the signs warning of camels, wombats and kangaroos we saw remarkably little of the advertised wildlife. But there were emus. And always above us hovered kestrels, kites, Falcons and the occasional wedge tailed eagle. But they kept their distance as though shy of cameras – or perhaps of our whistling car. We had fitted whistle deterrents to the car so as to announce our presence with an ultrasonic shriek – it seemed to work because nothing approached us on the side of the road. 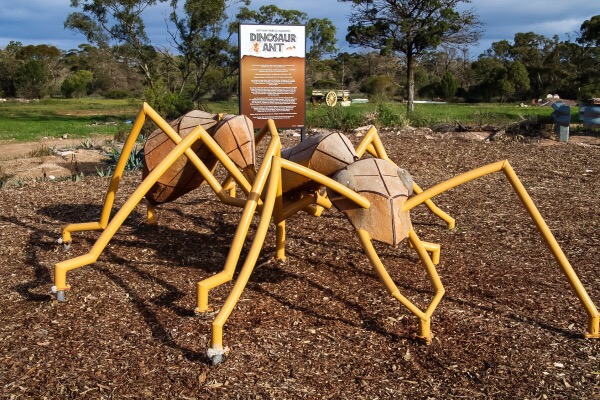 Poochera saw the next fuel stop and a chance to examine the ‘Big Ant’ – a marker to show where a rare species of ‘dinosaur ant’ was discovered recently. 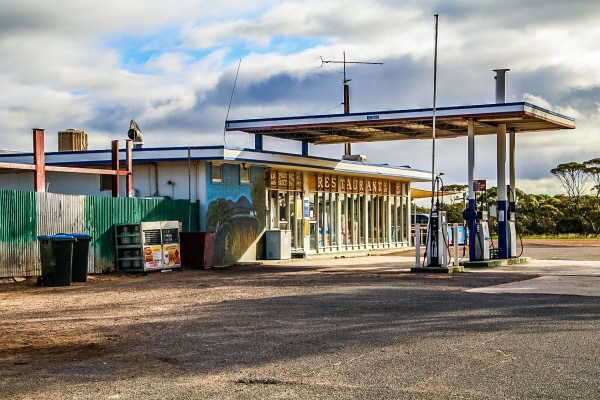 This roadhouse has a particular poignancy for me as it marked the site where my motorbike broke down during my 1976 crossing – the year the bitumen surface was completed. The exhaust had blown out of the cylinder head and I made a make-shift repair from fencing wire that lasted all the way to Perth and back to Adelaide.

Then Sharon had a stroke of genius – rather than go to Ceduna for the night, why not take a detour and try Streaky Bay. I had heard of the place as a draw-card for surfers and fishing types, but assumed there was not much there except perhaps the odd tumbledown fishing shack. What a surprise, then, to find a delightful small town with a long established history, beginning way back in the 1860s with the telegraph stations. The old pub had modern motel units behind, so we checked-in for the night and set off on foot to explore the town. 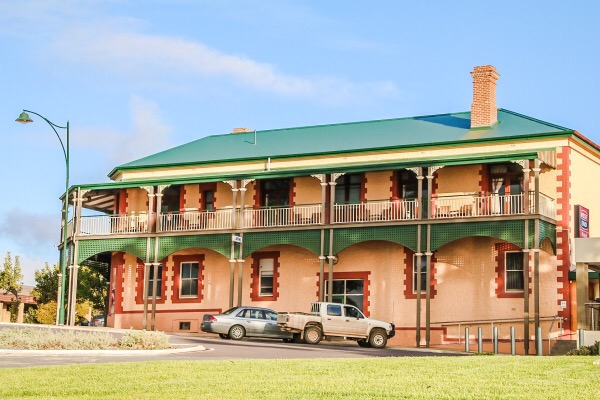 The motel room was clean, comfortable and the food in the hotel was exceptional. The hotel itself is beautifully restored, sensitive to its heritage from 1860 when it was first built to support the community that had grown around the telegraph and postal service and local fishing industry. This place is surely one of Australia’s best kept secrets as a place to visit. 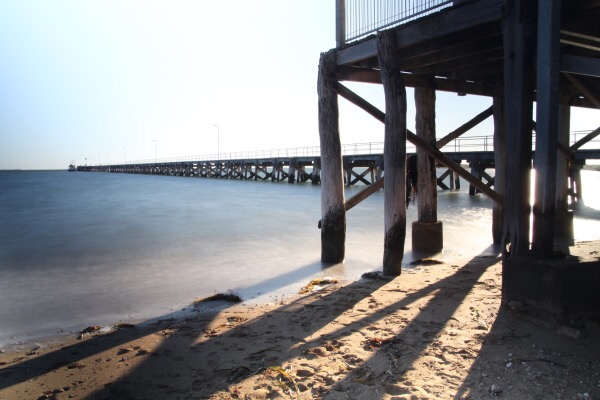 The jetty stretches out into the ocean and is lined with memorial plaques commemorating local personalities or people who had spent their lives coming here on fishing holidays. The sea-front is breathtakingly beautiful and the town has really learned to tell their story through a historical walk with informative paragraphs at markers throughout the town. This is definitely a great alternative to Ceduna and a refreshing rest after the arid landscape in both directions.