Ever wanted to put yourself in the picture? It was evening and the sky was precisely the deep Prussian Blue that Van Gogh portrayed in his painting of “the Café Terrace at Night”. The lights under the awning reflected warmly in the wine glasses as we toasted our meal and our time in Province. It was Autumn in Arles, and the smell of lavender mingled with the delicious food smells. It hadn’t changed much since Vincent (yes we’re on first name terms now) painted the café at around the same time of year in 1888. 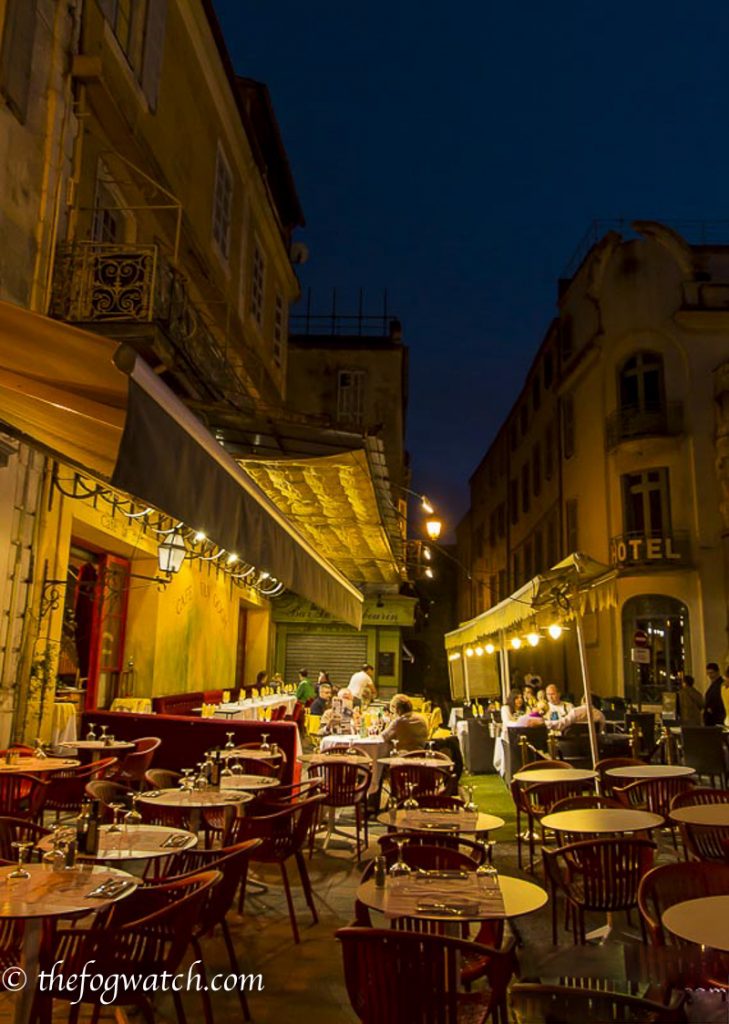 In those days, the café terrace was lit by gas lamps beneath the awning, as the evening brought out the vibrant stars. Van Gogh did the painting as a companion piece to his Night Café in which he depicted the interior of this same cafe.

Van Gogh wrote about this painting to his sister Willemien Van Gogh on 14 September 1888:

“I was interrupted precisely by the work that a new painting of the outside of a café in the evening has been giving me these past few days. On the terrace, there are little figures of people drinking. A huge yellow lantern lights the terrace, the façade, the pavement, and even projects light over the cobblestones of the street, which takes on a violet-pink tinge. The gables of the houses on a street that leads away under the blue sky studded with stars are dark blue or violet, with a green tree. Now there’s a painting of night without black. With nothing but beautiful blue, violet and green, and in these surroundings the lighted square is coloured pale sulphur, lemon green.12 I enormously enjoy painting on the spot at night. In the past they used to draw, and paint the picture from the drawing in the daytime. But I find that it suits me to paint the thing straightaway. It’s quite true that I may take a blue for a green in the dark, a blue lilac for a pink lilac, since you can’t make out the nature of the tone clearly. But it’s the only way of getting away from the conventional black night with a poor, pallid and whitish light, while in fact a mere candle by itself gives us the richest yellows and oranges.”

There were other cafés nearby on the plaza that once formed part of the Roman Forum here, and over the ten days we stayed there, we sampled most of them. Here, the steak was tasty and the Beaujolais formed the perfect accompaniment, along with the traditional baguette. A cool wind blew, but we didn’t mind. The occasional scooter clattered past on the cobble stones  – damp after a recent shower – leaving an oily smoke in its wake. It is a real place. Yet somehow the damp ground added vibrancy to the colours, rendering the scene more painterly. I can see why he chose this town, this part of the south of France. It is the light. 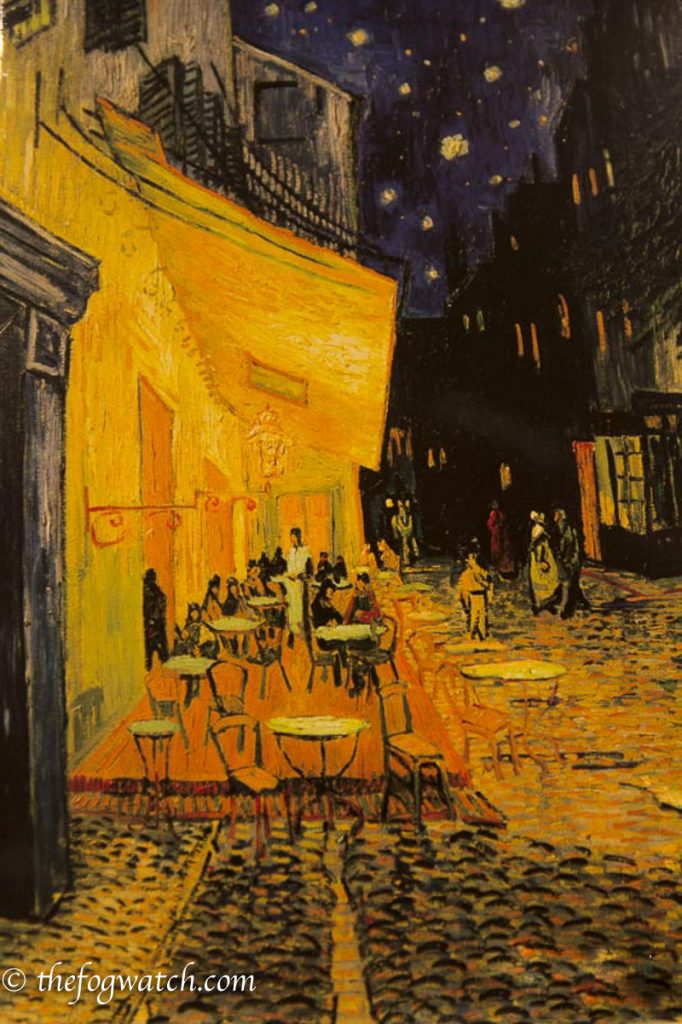 [source: photographed by me from a print erected at the spot from which he painted the cafe.]

The cafe itself – as you can see – is still there on the Place du Forum in Arles, just down the road from the Roman Amphitheatre which is still in use today for concerts and bull fights. Sharon and I had a wonderful dinner there – very French – with a nice carafe of wine. It was a magic evening 🙂

As for the actual painting? You can find Café Terrace at Night on display at the Kröller-Müller Museum in Otterlo, Netherlands.